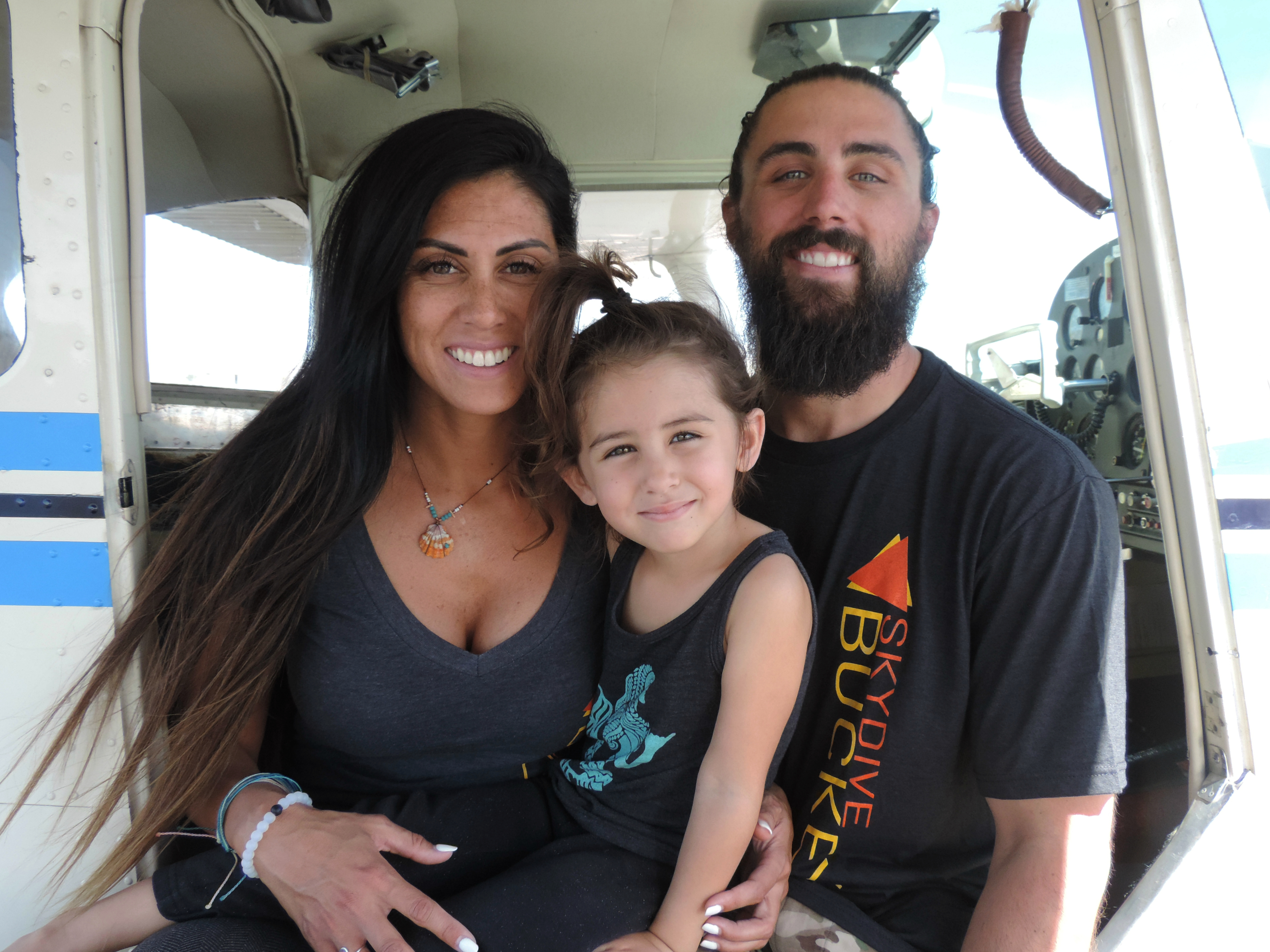 Shane Seydel and Melissa Steele (pictured above) are the owners of Skydive Buckeye. Shane is the lead instructor and has over 8,000 skydives –  with his first skydive being nearly a decade ago. In 2009 Shane was working as a waiter at Aversano’s and going to school. A group of his friends scheduled a tandem skydive with him. Shane was nervous to skydive, but he made himself go. After his first jump he was in love with skydiving  and signed up for a class the next week. He saved his tips as a waiter to pay for his training.

The next year in summer of 2010 he got his first camera setup and a job filming at Skydive Kapowsin. He worked as a camera flyer for one year and then got his certification to start working with students in June of 2011. A year later in 2012 he decided to move to Hawaii and started working full time as a skydiving instructor.  Shane met his wife Melissa in 2013 when she came for a tandem skydive and it was love at first sight. On June 10th, 2014 they had a daughter named Zoey – she is a customer favorite for obvious reasons.

In 2016 they moved to Arizona to live closer to family and Shane started working at Skydive Arizona. Shorty after he started working with military special operations, training them to skydive. He decided to open his own skydiving center in October of 2017, because he wanted to personalize the experience for new skydivers and he was given the opportunity to do so. Since opening Skydive Buckeye, Shane and his wife have strived to make sure every skydiver’s experience is special.

Check out some of our testimonials!